Pete cut his entertainment teeth in his twenties as a compère in foreign resorts and hotels.  From there he progressed to compèring, singing and entertaining on cruise liners alongside acts like Norman Collier and the Crankies.

Back on dry land in 2002, Pete became Entertainment Manager for Jumping Jacks, a 1,000 plus capacity live entertainment venue, and worked with celebrity entertainers such as Jason Donovan.

During the Noughties, he appeared on various TV and radio programmes and was Peter Kay’s stand-in on the sitcom ‘Max & Paddy’ in 2004. Pete was soon back on the waves, however, earning a prestigious position as Cruise Director on board the liner Van Gogh, hosting and compèring musical production shows.

Since 2008 Pete has been settled in Suffolk and has been continually busy with his career, working regularly in venues and hotels all over East Anglia. 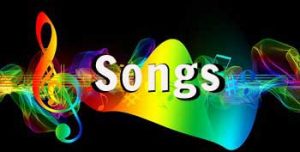